So instead of waiting 3 months to post our last day from visiting Disneyland last year, how about 6 months?  I’m so sorry for the delay but posting the last day means the trip is really over and of course that makes me sad.  This trip was amazing, not because it was to Disneyland, but because it was our entire family making memories together.  It is not often that my family is together all in one place.  With my brother, Robert, serving in the Navy, my sister, Stacie, serving in the Air Force, my other brother, David, also spent many years in the Navy, my Dad is retired Navy, and of course my husband Mike, serving in the Coast Guard it is rare that all of us can be together in one place.  Of course there were a couple of special people missing, my 2 nieces and nephew who have all graduated high school and are out on their own.  I do wonder when we will all be together again, but I am thankful for everyone who was able to be there.  And since this trip my brother’s fiancé, Erin, has now become his wife and I look forward to many more family vacations in the future.

So on with our last day in Disneyland and what better way to spend it then to head back to the original park, where it all started.

Today we started the day by heading straight to Tomorrowland as soon as we entered the park.  Now I may be biased and love Adventureland, Frontierland, Critter Country and New Orleans Square with all my heart, but Tomorrowland definitely has some awesome rides too.

We hit up the favorites; Buzz Lightyear, Finding Nemo Submarine Voyage, Space Mountain and the Matterhorn.  I must say though, that was probably that last time I will ever ride the Matterhorn.  It is too rough for me now.  Both Mike and I walked off of that ride shaking our heads and painfully moving on to the next ride.  Thankfully when we return our kids will be old enough to go on by themselves!

We wandered through the park and rode Mr. Toad’s Wild Ride and some of the other Fantasyland rides.

At this point some of our family had to either catch a flight or get ready to drive back home.  So we were also pausing in between our fun to catch up with everyone.  And of course I was also doing some major damage in the shopping department.

After we had lunch there was really only one more thing I had to do and it was a big one, I wasn’t sure if my family was going to go for it.  To preempt what we did I have to remind everyone that this was last June at the beginning of Disneyland’s 60th Anniversary.  All of the shows and parades had debuted shortly before our trip so they were still a very hot ticket to see.  What was the number one thing I had left on my list?  Disneyland’s New “Paint the Night Parade”.  I could not leave the country without seeing it, but people starting lining the streets in the middle of the afternoon to have a curbside seat to see it.  How was I going to convince my husband to sit on the curb for hours just to see a parade that didn’t run until 9 pm that night? Well needless to say I didn’t.  I convinced him to sit on a bench at 1:30 pm and wait for a parade that was showing at 9 pm that night.

To be fair, there is something to be said about just sitting on Main Street with your family and enjoying the sites and sounds all around you.  I also would never have made this choice if we weren’t getting on a plane to England at the end of the month and not knowing for sure when we would be able to return.

Thankfully, my husband and kids are awesome sports.  We, along with the help of may parents, grabbed two benches and dug in for the long haul.  The girls passed the time by visiting all the characters in their 60th Anniversary outfits.  My brother, David, who was still in the parks getting ready to head back to Arizona joined us for the afternoon parade and then my sister and her family joined us after as we waited for the big show.

To me the time flew.  We sat together almost the entire time.  I was worried after the afternoon parade which was at 4 or 4:30 because the area filled up fast at 5 when it was over.  I didn’t want anyone to be stuck trying to save seats if anyone was gone  for too long.  We did take my little nephew to see the Tiki Room at around 5:30 and then we took turns grabbing dinner.  Other than the occasional bathroom break we hung out on the benches all evening.  Good thing we like each other.

Then the time finally came.  “Paint the Night” was on.  Just a few photos as I have a whole video I will post later if you want to see more. 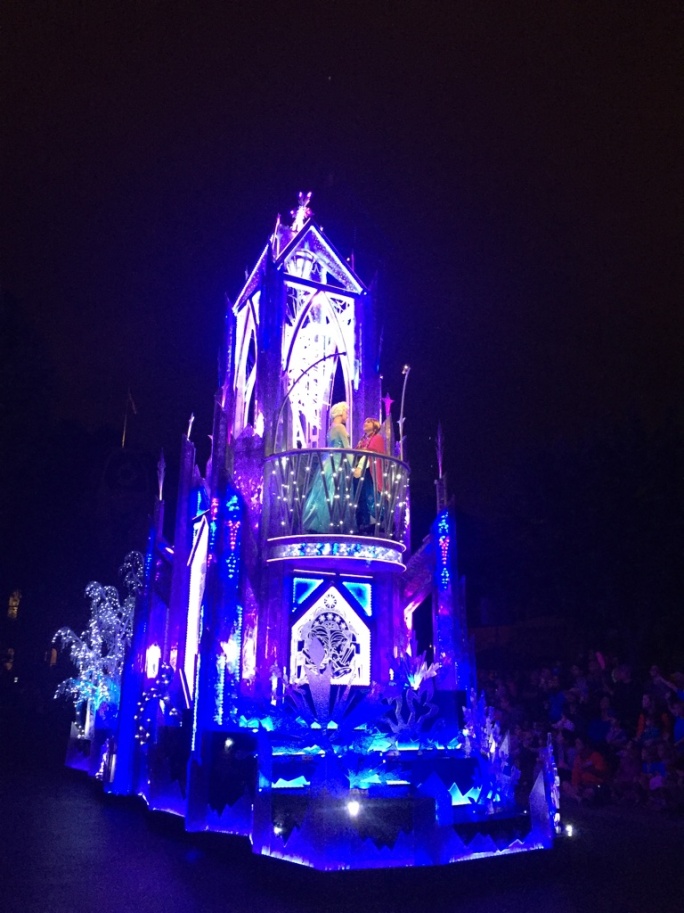 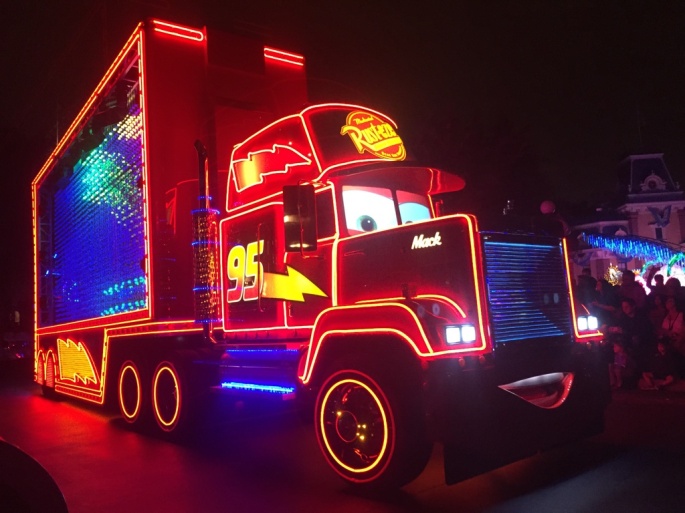 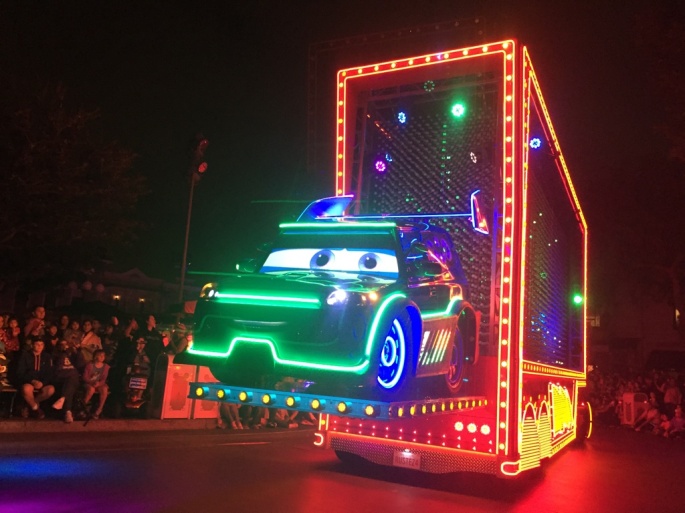 Was it worth it?  Yes.  It was an amazing time hanging out together just chatting with each other.  Wade, my little nephew played with bubbles, and the other kids enjoyed just chilling out.  We arrived at Disneyland after almost two weeks crossing the country visiting friends and family and in general just being on the go, so I really think just sitting and enjoying each other and the park was refreshing.  Also, the parade was amazing!!!  The music and floats were perfect and I cannot wait to go back to Disneyland to see it again.  Just hopefully next time without the 7 hour wait on the bench.

From our amazing spot on Main Street to watch the parade in front of the Train Station we were all set to watch the 60th Anniversary Fireworks show.  What could be better, right?  Unfortunately, they were cancelled due to high wind.  Darn.  Oh well we were right by the exit and decided that we would end our night and head back to the hotel.  I couldn’t complain because I felt we had had the perfect day.

Follow Around the World with the Love of Five on WordPress.com