When we arrived here almost four months ago we landed at London Heathrow Airport.  It was about 5 pm when we left the airport and had to head south to the Portsmouth area.  We did not get to explore or see the sights in London.  So now that we have settled in, the first place we wanted to go and explore was London.

We arrived in London on Friday evening after taking the train from Southern England.  My husband and I debated on whether or not we should drive to London right until the morning that we left.  We were concerned about navigating our way through the London traffic and also about paying London’s congestion tax while we were visiting.  In the end we decided it would be better for our sanity, even with the higher cost, to take the train and then the tube to our hotel.  Thankfully the kids were troopers and handled the trip awesomely.  They carried their own bags and walked the quarter mile to our hotel with ease.  After seeing the traffic in London we were definitely confident in our decision to travel by train. 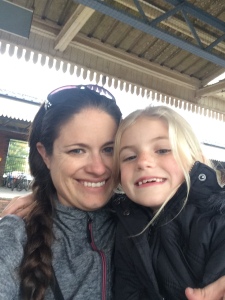 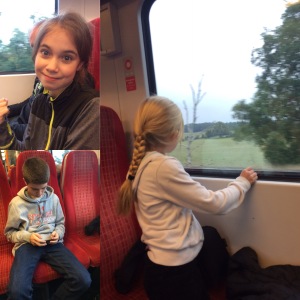 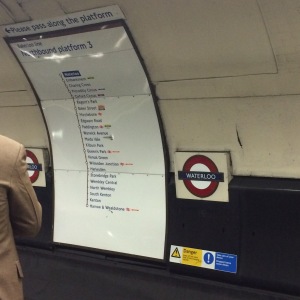 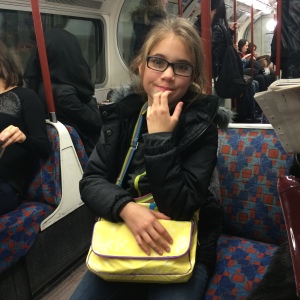 *Side Note:  We had an issue heading to London and this is definitely a note to Americans traveling overseas.  When we arrived at the train station about 30 minutes prior to our train we found the ticket window closed.  There was a note on the window stating closed due to illness.  That was a shock to us that a business would be closed due to illness.  We had of course been planning on buying our tickets at the window because our credit cards while chipped do not work at the ticket machines because they are not chip and pin, but chip and sign.  After panic set in I decided to run back to our house, leaving Mike at the train station with the luggage and the kids, and buy our tickets online.  We ended up catching the next train to London and it all worked.  I also made one another mistake in not buying proper return tickets and had to buy a second set of tickets.  But thankfully all ended up well and we safely made it to London.

We settled into our hotel room and then headed out to find dinner.  Afterwards we hit the sack because we had tickets the next morning to the Warner Brothers Studio : The Making of Harry Potter.  I know, I know, not exactly a historical London experience, but exciting because we love Harry Potter.  So the next morning we grabbed a cab to the train station to catch a train to Leavesden.  I’ll post some pictures of the tour in another post, but let me just say we all had a blast!

After our tour, we headed back into London.  We had a site seeing tour booked on the Big Bus Tour.  Our plan for the afternoon was to take the tour and see the sites.  So we hopped on the bus around four and took the entire tour around the city.  It was amazing.  Our guide was informative and entertaining which was good since we were stopped in traffic for quite awhile in certain areas of the city.  We took lots of pictures and talked with the kids about sites they wanted to see the next day. 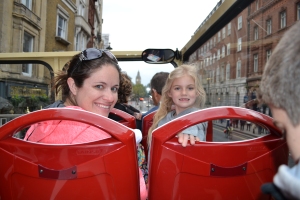 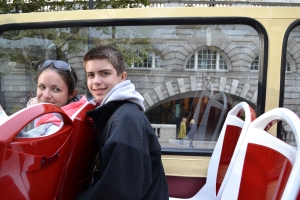 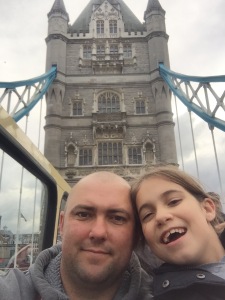 After about two and a half hours we completed the tour. hopped off the bus, and headed to eat dinner.  We decided to continue our tourist theme and headed to the Hard Rock Cafe.  The kids loved it because it has American cuisine and it reminded them of home. 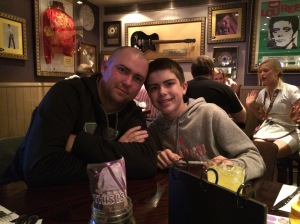 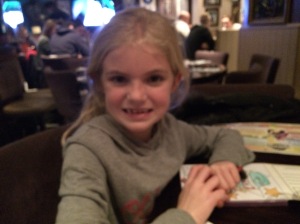 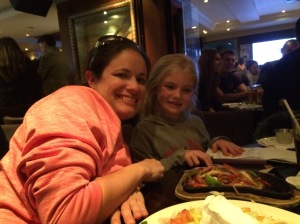 Side Note:  My kids are 13, 11, and 8.  They have lived across the United States while growing up; East Coast, West Coast, South, and have never complained. (Well they’ve complained a little when they have to leave their friends.)  Each place we have lived we have talked up as an amazing adventure that they are lucky to get to experience it and they embrace it with open arms.  England has been an adjustment for them, they have really seized every moment so far.  They attend school and love it.  They all talk about how accepted they are and enjoy the differences from the states.  But even as though they love going to school and meeting new friends, they do get homesick every once in awhile.  Whenever the homesickness sets in we try and do something special to alleviate that homesickness feeling.  I must say though they have handled this transition amazingly well and I am so proud of them.  Most days I am convinced they handle it all better than me!

On Sunday we headed back to the Big Bus Tour and took a bus to Trafalgar Square.  From there we walked down to Big Ben and the back to Trafalgar Square.  We wanted to visit the National Gallery but decided we were too short on time but it is on our list for next time.  We then headed to Buckingham Palace where we saw the Guard Band leave the Palace which was really neat and perfect timing since we hadn’t planned it. 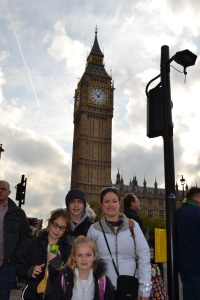 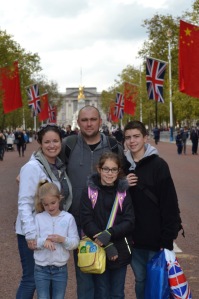 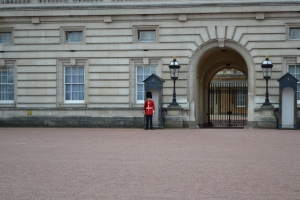 We then headed over to see one of the worlds most famous stores, Harrod’s.  We walked into Harrod’s and were immediately overwhelmed.  I knew that they have an amazing toy section and a Disney Store inside, but we could not find it after wandering for a bit.  So we asked a security guard who pointed us in the right direction and gave us a map!  Harrod’s was amazing, but I don’t think we will go back again.  There are just too many other places to see.

It was approaching mid afternoon at this point and we decided it would be best to catch the next train to head home.  I’m calling this trip to London our homework London trip, because now that we’ve seen the city and have an idea of what’s there we are all adding our places to a list that we would like to see and visit next time we head there.

On our list currently:  The Tower of London, The National Gallery, London Zoo and Aquarium, a tour of Buckingham Palace, The London Eye, and I’m sure that list will continue to grow!  If you have any other suggestions that are kid friendly please leave me a comment.  We want to see everything!!!!